You’re offline. This is a read only version of the page.

Note that IQ4 series are not supported on Mamiya RZ

-Mamiya fitting-
P/P+/IQ series with Mamiya fitting can be used on the Mamiya RZ PRO II D by way of the additional adapter that can be purchased from Phase One (Item number: 70994).
This configuration does not require any cables.
Host capture is supported with host capture cable item 50300189 (IQ and Credo) winder required.
Maximum exposure time is 60 seconds according to the RZ67 PRO II D manual (55 + 5 sec). 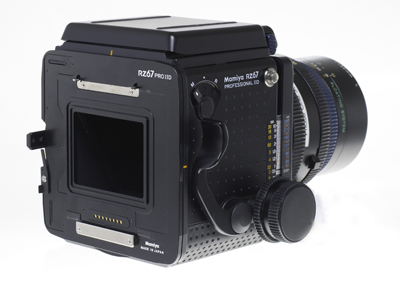 -Hasselblad V fitting-
P/P+/IQ series with Hasselblad V fitting can be used on the Mamiya RZ PRO II D by an adjustment performed by Mamiya.
Consult a Mamiya service center and they will be able to modify the RZ PRO II D Camera Body (Mamiya service part number Y22995-RZ) allowing the Phase One Adaptor Plate (Item number: 70964) to mount.
However the RZ PRO IID is only offically supported with the M645AF model using the 70994 plate.
Host Capture is supported with the Hasselblad V Adaptor

-Hasselblad V fitting-
P/P+/IQ series with Hasselblad V fitting can be used on the Mamiya RZ PRO II by use of the RZ adapter from Phase One (Item number 70964).
There are 2 cables on the adapter, where the fixed cable is mounted on the Mamiya body and the removeable cable is mounted to the lens
This removeable cable (part no. 50300077) can be exchanged if necessary. 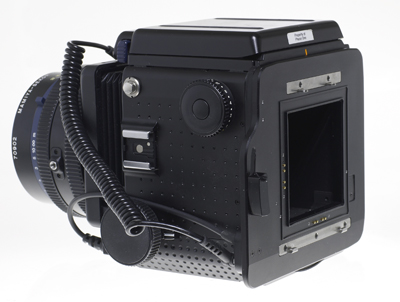 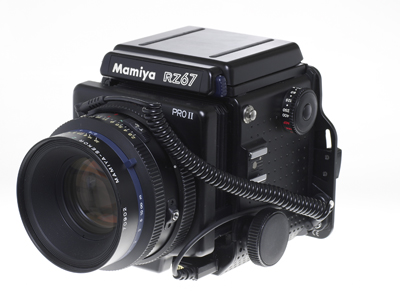 -Mamiya fitting-
P/P+ /IQ series Mamiya fitting can also be used with the the Mamiya adapter (Item number 70994). Note:
The Mamiya RZ PRO II needs to be modifyed in a local Mamiya center. The image below show 2 small notches that have to be made. If these notches are not made - the adapter can be mounted however the camera cannot trigger at all.
Once this modification has been done - the camerabody cannot be used with a film cassette.
This modification requires the back to be in 2-shot mode.  However, for optimal use, workflow and functionality is is suggested that you use the latest RZ PRO II D body where full functionality, metadata and 1 shot mode is supported. 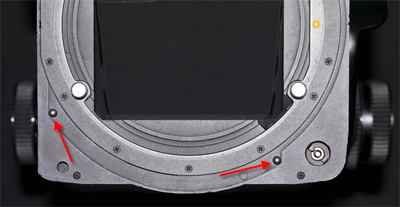 General about the RZ PRO II:
On the side of the body - the adjustment tab needs to be set to "M" for multi. This used to be for film use - for multiple exposures. The "R" position is for Rotate - for turning the adapter 90 degrees. The middle position is for normal use with film only. On the exposure button there are 3 settings (see article 2237 for more information)
Red: This turns off the camerabody
Orange: "Mechanical mode" for film only and max. 1/400 sec exposure speed.
White: Recommended setting for use with motordrive and a cameraback.

-Hasselblad V fitting-
The Mamiya RZ67 PRO MK I will work via the Phase One Mamiya Adapter  (Item No. 70964).
Host capture is supported when used with a motordrive on the camerabody.
There are 2 cables on the adapter, where the fixed cable is mounted on the Mamiya body and the removeable cable is mounted to the lens
This removeable cable (part no. 50300077) can be exchanged if necessary.

-Hasselblad V fitting-
P/P+ / IQ series with Hasselblad V-fitting can be used with the Mamiya RB by way of the Mamiya RB Adapter from Phase One. Adapter has itemnumber: 70995
Please see pages 58-59 in the P Reference Manual for more info.

Mamiya RB lenses can be used with RZ PRO IID

1. Dial around shutter-release button must be in orange mode = mechanical
2. A wake up cable from lens to back.
3. Shutter dial on RZ body set to RBL setting.

Press button on wake up cable and then press trigger. Image will show on screen.